Blog #5: We need to talk about CAV 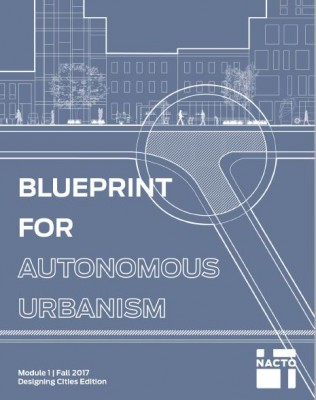 The hype around connected autonomous vehicles (CAVs) remains at fever pitch. Any article on them is usually accompanied by hyperbole such as revolution, transformation etc. There seems to be a puppy-like excitement in central government and other quarters that CAVs are going to come along and solve all our transport problems. They’re going to make the roads safer, they’re going to magic away congestion and they’re going to enable everyone, regardless of age or ability to drive, to have unfettered mobility.

“Model shows that only 2,000 private cars needed in Barcelona if 500 shared shuttles also deployed” cries one headline. The Lisbon Study undertaken by PTV showed that Lisbon could cut the number of cars by 90% and car parking by 94%, if CAVs were fully deployed, figures that were veraciously lapped up by the headline writers. However, if you read the small print, PTV are very careful to lay out a range of assumptions they’d made for the modelling exercise: that the CAVs would offer shared rides, they would pick up from corner to corner with a wait time of between 0-10 minutes and for trips heading downtown, they would take you to a mass transit hub to transfer you on to high capacity public transport. So we seem to be selling the benefits of astronomic reductions in numbers of vehicles which rely on CAVs being deployed as shared rides and connecting to mass transit, whilst allowing people to assume that CAVs will provide door to door private mobility.

I’ve spent most of my professional life trying to persuade people to abandon the private car – just for the occasional trip. And it’s hard. Trying to get people to surrender their private car completely seems likely to be very challenging. Jillian Anable’s classic psychographic segmentation work segmented the population by attitudes towards mobility.  Half of the population was made up of “die hard drivers” (think Top Gear fans), “car complacents” (don’t see any need to change), and “car aspirers”(can’t wait to get a car).  Are they going to want to surrender the steering wheel, let alone the car?

The technical work being undertaken on CAVs, from robotics and navigation through to systems management epitomises human ingenuity. But how much of this ingenuity is being focused on the more prosaic issues of how will we interact with them, how will our travel behaviour be affected by them and what impact they will have on the cities in which we live?

So I have 10 questions or challenges.

I’m sure some people have got answers to some of these questions, and these issues are being looked into, but it does seem that the effort examining the technology aspects is far outweighing considerations of the human angle in this. I do like NACTO’s “Blueprint for autonomous urbanism” which sought to lay out how autonomous vehicles should be deployed in the city and illustrated street designs to accommodate them effectively, but I haven’t seen a huge amount more than this.

As a former town planning student, the whole discussion around autonomous vehicles has unerring parallels to the enthusiasm for modernist planning in the 1950s/1960s. Advocates enthusiastically told us how this brave new modernist world was going to transform the urban space and solve congestion.  60 years on and not many of us are fans of what was accomplished. If you have time, have a look at this wonderful ‘Mr Chomondley-Warner style’ video showing Edinburgh's 1950s plans to knock down “a clutter of ancient shops and dwellings” to replace them with a “beautiful” new organised shopping centre. Any similarities between this and the rose-tinted views about how CAVs will benefit us in the future?

P.S. they’re knocking down that shopping centre in Edinburgh now, whilst quite a lot of the clutter of ancient buildings remains…..